After taking the time to mark the contours around this swale very carefully we began digging, only to be met with a buried surprise. A massive stone protruded from the top side in the middle, bending the edge inward. The stone was too large to remove easily, so rather than expend the effort to remove it and leave a big hole in its absence, we decided to take the lesson from the land, and change the plan for the swale to have it bend in slightly in the middle. This will cause more water to collect in the middle of the swale, making it more available to the plants in that area. 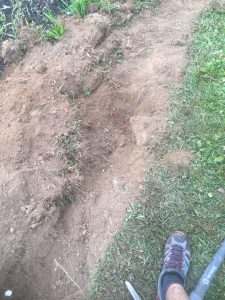 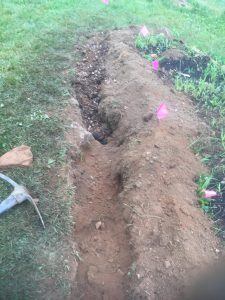